French Film and Writers in NYC

If you're near New York City over the next two weeks you have a cool opportunity to hear from some excellent French authors (in conversation with American writers) and to see some great new films from France.

First up, from February 24th-26th, is the Festival of New French Writing to be held at New York University. The writers appearing include Stéphane Audeguy, Pascal Bruckner, Philippe Claudel, Geneviève Brisac, Laurence Cossé, Atiq Rahimi, and David B. They will be joined in conversation with writers such as A.M. Homes, Rick Moody and friend of Absinthe, Arthur Phillips. Additionally, Open Letter Books director Chad Post will be moderating one of the discussions. 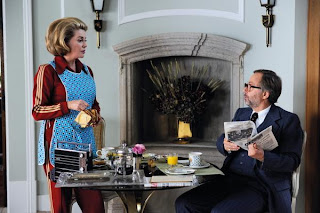 Then from March 3rd-14th there is the Rendez-Vous with French Cinema 2011 at the Film Society of Lincoln Center. The interesting lineup of films includes work by directors Bertrand Tavernier, Claude Lelouch, Catherine Breillat, and Benoît Jacquot.

Catherine Deneuve will be in attendance to present her new film Potiche, directed by François Ozon.  There will also be two programs of experimental cinema.