Posted by Jasmina at 8:00 AM No comments:

From ARTnews
By Robin Cembalest Posted 06/18/13

At the start of “The Encyclopedic Palace,” Massimiliano Gioni’s fantastic voyage into the creative recesses of the human mind, the curator provides two guiding spirits—better put, spirit guides—for the journey ahead. Both are early-20th-century European intellectuals who built their careers on dreams.

This mesmerizing main exhibition of the 55th Venice Biennale begins in the Giardini’s Central Pavilion with Carl Jung, the Swiss psychotherapist, making his first appearance in an international art show. His cosmological illuminations, created between 1914 and ’30, record visions Jung achieved through what he called “active imagination”—a process that helped inspire his concept of the collective unconscious.

Continue Reading
Posted by Jasmina at 8:00 AM No comments:

Lauren Kearney: I prefer writing – nothing outshines it 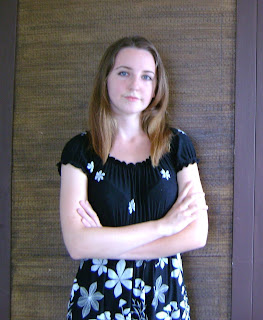 I was born in Leicestershire in England and I moved to Bulgaria when I was thirteen-years-old. I lived in a rural village in the Gabrovo district for the first four years but currently I am living in Burgas and enjoying every moment of it.
As for work, I write for a Boston-based magazine known as Teen Voices and also Public Republic. My dream for the future is to become a full-time writer in Bulgaria.


First, thank you for allowing me to interview you for Absinthe-Minded. Could you tell us about yourself?
I grew up in England. Then, when I was thirteen, I moved to Bulgaria with my dad, mum and sister and we lived in a rural Bulgarian village for four years. And now I’m still living in Bulgaria, but in a large city here.  In the meantime, I work as a writer and I’m also immersing myself into various wildlife conservation projects.


What brought you to Bulgaria and do you plan on staying there?
It’s a long story. Moving to another country has always been on the cards for us. My parents have always been eager for a new life in a new country. They love travelling and so do I, so coming to Bulgaria and living here permanently wasn’t scary for me. It was an adventure and still is. I really don’t know whether we’ll stay here permanently or not – I’m kind of torn between both. But for now, I’m enjoying life in Bulgaria.


The biggest challenge you had to face since you moved to Bulgaria? Was it hard to adapt?
Everything has been a challenge in its own way. From integrating with the locals, to dealing with periods of six week water shortages, it has all been challenging. But I have learned so much. I am much more resilient now. I think it took the locals a while to get used to us, but in the end, after we shown our willingness to fit in, they respected us. To begin with, everything was pretty intense, but I wouldn’t say it was that hard to adapt.


What was the most shocking difference between Bulgaria and the UK to you?
Probably the pace of life. When I return to England, the first thing that hits me is how rapid everything is. Nothing is slow or laidback at all. In Bulgaria, life is much more relaxed.


What are some of your upcoming endeavors you have planned?
At the moment I’m working as a freelance journalist and sometime in the near future I will be getting involved with an animal rescue organisation. At the same time, I’m immersing myself into wildlife conservation projects; signing petitions, writing letters to people of authority and donating whenever possible.


Would you consider working as a translator?
I don’t think so. I can speak Bulgarian, but I’m not fluent at all. If I were, I’m still unsure I’d work in this profession. I prefer writing – nothing outshines it.


Do you feel that the fact English is your mother tongue could open doors for you in a country like Bulgaria?
Possibly. I mean, living here has already opened doors for me, and that’s just from the general experience. I’m not sure whether, as a writer, it would open doors for me. I don’t know, to be perfectly frank.


How would you describe the level of English of the average Bulgarian?
I would say it’s quite high. Considering a huge percentage of Bulgarian’s only learn English at school, it’s amazing that some can speak it so fluently. I learned French at school and I can barely string a sentence together in French.


What other projects/causes do you support?
I’m heavily involved with various wildlife and animal welfare organisations. I support the WWF, PETA, and the Born Free Foundation. It all started a year ago, when I saw an advert on the television about endangered mountain gorillas. It was the World Wildlife Foundation pleading for donations. And in that instant, I was compelled to act. So after donating, I started researching these issues and I just could not believe what I was reading. The statistics of endangered animals were unreal. From then I’ve continued to support these causes and I want to raise awareness for this major concern.


What are your thoughts on Bulgarian literature? Do you follow the work of any specific contemporary authors?
I haven’t actually read much Bulgarian literature, so unfortunately I can’t really hold an opinion on it. I’ve read a couple of short stories, which were good, but apart from that, I’ve not read much.


What do you think Bulgarian literature needs to expand its global outreach?
Good marketing. The talent is there, you just need it to be in the right hands.


You’ve written for a variety of international literary magazines, what are your main topics of interest?
When I was fifteen, a few of my book reviews were published in print. I’ve also written a bit of feminist prose which has been published. Now I tend to focus on more serious topics. Global issues are my favourite subjects. I want to create awareness. I know from personal experience that awareness was what compelled me to act. When you are aware of a situation, it’s hard to turn your back on it and do nothing. When you educate yourself on what’s happening in your world, it’s impossible to ignore it.


Are you interested in creative writing?
Yes. I am a writer. I love writing. For me, I prefer prose over poetry. I’ve written poetry but I’m more of a story writer. There’s something so liberating about writing – that’s why I’m devoted to it.


Who are your favourite writers?
I have many favourite writers – and such a variety too: Sylvia Plath, Simone de Beauvoir, James Patterson, Stephen King, Jane Austen, Doris Lessing, Vladimir Nabokov, Fyodor Dostoevsky, Kate Chopin etc. The list goes on...


What are your plans for the summer?
To write more stories. And as I mentioned before, I’m hoping to become involved with an animal foundation, so that should be great.


Thank you again for the interview!
Posted by Jasmina at 8:00 AM No comments:

Posted by Jasmina at 8:00 AM No comments:

11 June-3 July. Rome book enthusiasts breathed a sigh of relief at the long-waited announcement that the yearly Rome Literature Festival has received the necessary approval and funding. Therefore the 12th edition of the festival, consisting in ten evening events, takes place once again in the magnificent setting provided by the Basilica di Massenzio in the Roman Forum. The very popular initiative celebrates the written word with a host of international authors who are invited to write a text inspired by a chosen theme, as well as read an excerpt selected from a published work translated into Italian. This year’s theme has still to be announced, as well the calendar and the names of the participants. Invariably many Anglophone writers are amongst those invited to take part, and the festival offers a unique occasion to listen to them reading from their own work in dialogue with musicians, actors and artists who collaborate to give vitality and originality to the event. Entry is free, but tickets must be picked up at least two hours before the actual reading begins at a specially constructed box office in Via dei Fori Imperiali, Clivio di Venere Felice. For information tel. 060608, www.festivaldelleletterature.it.

Read more
Posted by Jasmina at 8:00 AM No comments:

The Vienna House of Literature, opened in autumn 1991 in Vienna, is the home of three clubs: a documentation center for modern Austrian literature, the Syndicate of Austrian Authors and, last but not least, a translators community.

Its website provides a quick and concise view of the otherwise widely scattered information on Austrian contemporary literature.

Is you’re a translator or an author working or thinking of working in Austria, you should contact this translation association. Also, if you represent a translators association or own a translation agency it could be interesting to know what synergies could be created between your tow organizations.

The website of the Vienna House of Literature has extensive information of contemporary literary life in Austria, biographies with lists of works, news, and technical information for researchers and students as well as writers and literary translators.

Continue reading
Posted by Jasmina at 8:00 AM No comments:

Baboró International Arts Festival for Children is Ireland's flagship international arts festival devoted exclusively to children and families. In 2013 they celebrate 17 years of presenting a multidisciplinary arts festival to thousands of families.

Baboró brings the most diverse selection of the finest in professional performing arts from Ireland and around the world to its annual one-week festival in Galway. The festival programme varies from year to year to bring a wide diversity of exposure to the arts especially created for young audiences and their families.

Continue Reading
Posted by Jasmina at 8:00 AM No comments: