To celebrate the publication of Absinthe 12 we held an intimate party at John Cowley and Sons in downtown Farmington. Many guests had the opportunity to sample their first taste of absinthe, thanks to our new sponsor ALANDIA who provided a bottle of their Absinthe Maison ALANDIA. Several people mentioned that it was the best absinthe they had tried, a sentiment shared by this writer. ALANDIA is the official sponsor of the Absinthe web site and we strongly suggest checking them out for absinthe, absinthe spoons and glasses, and much more. 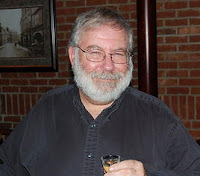 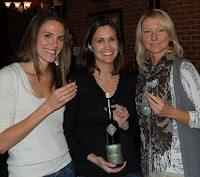 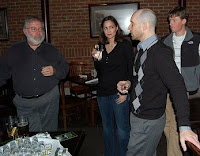 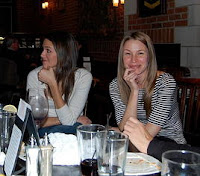 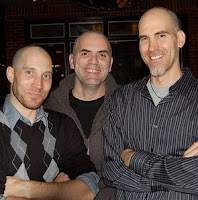 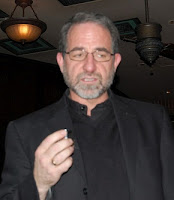 Their Name Is Today

“We are guilty of many mistakes and omissions but our worst crime is to abandon children, denying them the source of life. Many of the things we need can wait, children cannot, now is the moment, their bones are forming, also their blood, their senses are developing, we cannot say to a child tomorrow, their name is today.”

Posted by Jonathan Dunne at 1:46 PM No comments:

The winner of this year’s Popescu Prize for Poetry Translation is Randall Couch for his translation of Madwomen by Gabriela Mistral, published by University of Chicago Press.

The prize is administered by the UK’s Poetry Society. On their website they call it a “prize for poetry translation” and, further down, a “prize for European poetry translation” featuring “poetry translated from another European language into English”. This is, we are told, “a wonderful opportunity to travel through Europe’s amazing landscapes and cultures”. The longlist invites us to “explore the poetry of Europe” and gives a list of “countries represented”, which is actually a list of languages. Alan Brownjohn, in a history of the prize, describes this as “a European Translation Prize for a book that rendered the work of a European poet into English”.

The Poetry Society seems to be guilty of mixing the concepts of language and statehood. Is English a European language? Is Raymond Carver, because he wrote in English, a European poet? The only American poet we “English” are in the habit of claiming as our own is a certain T. S. Eliot.

Gabriela Mistral also spent time in Europe, and boasted Basque heritage, but to my knowledge this doesn’t make her a European poet. Certainly the Chileans might disagree with such an appellation.

If the Poetry Society is going to call this a prize for European poetry in translation, it needs to tidy up its website and remove the equation language:country. The alternative would be to open the prize up to include all poetry a translator and publisher agree is worth translating.
Posted by Jonathan Dunne at 5:03 AM No comments:

The Wall in my Head

The fall of the Berlin wall in 1989 was a life-changing event for me and for Germans no matter where they lived. On American TV, my compatriots were always portrayed as Nazis, deranged psychiatrist, or Bavarians in Lederhosen. They were either barking orders or slapping their legs doing the Schuhplatter dance. On November 11th, 1989 the image of Nazi Germans was suddenly replaced by joyous Germans infecting the world with their good will and spirit.
After enthusiasm and celebration reality set in. Two million East Germans left their homes to seek their fortune elsewhere. In many parts of the former GDR unemployment is in the double digits. East Germans earn 20% less than West Germans. The catch-up might take another twenty years. Germans are no longer surrounded by a cement wall but twenty years later the wall in the head still exists.
With the exception of hosting the World Cup in soccer in 2006, Germans have not displayed joy and enthusiasm in large numbers. But now, at the twenty year anniversary of the fall of the wall, we are allowed to feel good about ourselves once again. In New York many events —readings, films and even a dance performance —celebrated the twentieth anniversary of the fall of the Berlin wall. Columbia University hosted a conference “Freedom Without Walls.”
“Words Without Borders” organized a reading and panel discussion at Idlewood Bookstore on November 10th to launch their new anthology The Wall in My Head. The book includes writers who witnessed the fall of the Iron Curtain and those who grew up in its wake [Milan Kundera, Peter Schneider, Ryszard Kapuściński, Vladimir Sorokin, Victor Pelevin, Péter Esterházy, Andrzej Stasiuk, Muharem Bazdulj, Maxim Trudolubov, Dorota Masłowska, Uwe Tellkamp, Dan Sociu, David Zábranský, Christhard Läpple.]
At Idlewood, Polish writer Dorota Maslowska, German writer Kathrin Aehnlich and Romanian writer Dan Sociu read excerpts and spoke about how they witnessed the events at age six, twelve, and thirty-two. Eliot Borenstein, Chair of the Department of Russian and Slavic Studies at New York University, moderated.
Dan Sociu, a younger poet of the so-called “2000 Generation,” a movement Romanian literary critics called “Miserabilism”, brought down the house with his deadpan humor. Dorota Maslowska (Snow White and Russian Red) spoke about the difference of her generation to older, more established writers. “They want to write pretty literature; we want to rape literature,” she said. Kathrin Aehnlich read a hilarious segment from her latest book Everyone Dies, Even the Paddlefish in which teacher Aunt Edeltraud ruled the children in an East German kindergarten with the iron fist of a prison warden.
Kathrin Aehnlich, a Leipzig native, was the only one old enough to not only have witnessed the fall of the wall but also to have actively participated in the Monday night demonstration that she believes prepared the fall of the wall.
The room was jam-packed. The audience asked a lot of questions. Most people stayed and engaged in lively conversation after the event. They polished off the hors d’oeuvres and drank the wine to the last drop. The mood was festive. When the bookstore closed many were not ready to go home. I joined a group of German and American journalists and writers, a Dutch restaurant owner and a Canadian real estate agent at the Old Town Bar. There we continued our discussion over greasy bar food and Paulaner beer.
The fall of the wall was one of the few positive developments in recent world history. Who knows when we'll find such a good reason to party the next time?
Posted by Anna Steegmann at 9:42 AM No comments:

Email ThisBlogThis!Share to TwitterShare to FacebookShare to Pinterest
Labels: Literature and the End of the Iron Curtain
Newer Posts Older Posts Home
Subscribe to: Posts (Atom)