It’s been awhile since I’ve posted anything here so this will be a change from my typical strategy of short posts about a specific topic. In fact, I’ll probably ramble on a bit so be prepared.

It has been quite busy here at Absinthe HQ. If you’re not a subscriber then you’re missing out on the great new issue, Absinthe 11, which went out in early May. The cool cover, with devil courtesy of Sanaz Kiesbye, is just the start of a pretty fantastic issue (proclaims the slightly biased editor). See for yourself by reading a few excerpts at the Absinthe web site and, if you like what you see, subscribe there also.

At the end of April Jessica and I were in NYC for a few days and caught the beginning of the PEN World Voices Festival of International Literature. We made it to two events. The first, “Resonances: Writers on the Great Works,” was interesting and we were able to meet Europa Editions authors Muriel Barbery and Salwa Al Neimi and purchase a copy of their recent work--Elegance of the Hedgehog and Proof of the Honey, respectively—and these books are part of the current reading on our bed stands.

Unfortunately, we only managed a much too brief conversation with Michael Reynolds, the editor in chief of Europa, but did enjoy a drink with Annie Janusch, editor of Two Lines, and Edward Gauvin, a fine translator whose work appears in the current issue of Absinthe.

Later, we caught most of the Rattapallax/PEN Literary Film Feast and saw an interesting documentary about Ginsberg and his time in India.

The next morning we made it over to Slag Gallery in Chelsea and were fortunate to meet the founder Irina Protopopescu who is generously working with Absinthe to provide some art for a future issue.

Then it was on to Rome. Yes, Rome. We spent five wonderful (though very busy) days there and completely wore ourselves out. But we had beautiful weather--clear skies and around 70 degrees other than one two-hour thunderstorm--and the city was fantastic. A few highlights: the Galleria Borghese, ancient Rome (perhaps Detroit should take a lesson from Rome and leave some of its ruins alone—Tiger Stadium and the train station, for example—to become tourist attractions in a thousand years), gelato, Caffé Greco, Trastevere, the Daphne Inn, the church of San Clemente, and bringing home a copy of Where the Wild Things Are in Italian. One major lowlight: we were the victims of ATM fraud and lost nearly $1000. It’s a long story. Hopefully our bank will be cooperative. And if I might humbly make three suggestions to improve the Eternal City: 1) more green spaces—a few more parks and trees in the city center would be nice, 2) teach people how to use the metro—when you step on a train please move to the side, don’t just stop at the door, there are people behind you who want to get on too!, 3) reduce the number of cars in the city—it can seem romantic to an American admirer of “Roman Holiday” or “La Dolce Vita” to dodge a vespa on a tiny Roman street, it’s quite another thing when you’re jumping out of the way of a Hummer. 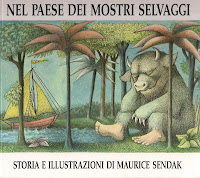 Anyway, regardless of a few negatives, the trip was fantastic. However, it took one editor quite some time to recover, probably due to advancing age.

Congratulations also to Amanda Love Darragh, awarded the Rossica Prize 2009 for excellence in Russian to English literary translation for her translation of Iramifications by Maria Galina, published by Glas in 2008.

Interested in Nordic literature? Then check out the blog Nordic Voices in Translation: “A blog devoted to the English translation of the literatures of the Nordic countries--Denmark, Finland, Iceland, Norway and Sweden. And also Estonia.”

Ok, I think that’s all for now … nope, one last thing … for those interested in French cinema, and particularly the Nouvelle Vague, I recommend picking up Richard Brody’s massive work on Godard: Everything is Cinema—The Working Life of Jean-Luc Godard. Though I’m only about 100 pages in I don’t want to put it down. In fact, if this post is a bit scattered it’s because I’ve been typing with one hand while holding the Godard book in the other.