Featured book: Letters of Blood and Other English Writings 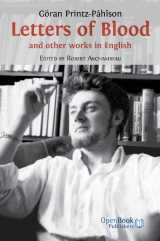 We recently learned about the publisher Open Book Publishers and the release of the book Letters of Blood and Other English Writings of Göran Printz-Påhlson, edited by Robert Archambeau. This book is a collection of criticism, prose, and poetry by Printz-Påhlson, the Swedish born but internationally known critic, essayist, translator, poet, and teacher. We suggest taking a look at Letters of Blood (read one of the poems excerpted below) and other offerings from the publisher.
Broendal
Raining no longer. (Water like a mirror)
The words are all bright in your mouth.
White light on the wet pavement. Language a mirror
Or another way of breathing outside your mouth?
We are speaking and the words are all white.
The wind speaks to the rain and the rain to the sea
And the wind is blowing, though just a bit.
Do you think language is anything like the sea?
The rain is wholly adequate and one can see
That the wind is precise. Words rain into the sea
And no words are drowning.
We gather here in groups. In the blowing
Wind words whistle pure and tender:
The sea forgets what everyone cannot remember.

During my vacation over the recent holidays, I had a chance to see the movie The Adventures of Tintin. I am admittedly only nominally familiar with the comics, but since I really enjoyed the movie, I've thought about reading more about them and their author. A recent biography on Georges Remi (aka, Herge) written by Benoit Peeters and translated by Tina A. Kover has been published by John Hopkins University Press. A review appeared today in the New York Times Book Review (see link below). If you've read the book or plan to read it, I'd love to hear your thoughts.
http://www.nytimes.com/2012/01/22/books/review/herge-son-of-tintin-by-benoit-peeters-translated-by-tina-a-kover-book-review.html
Posted by Anne Marie at 2:45 PM 1 comment: 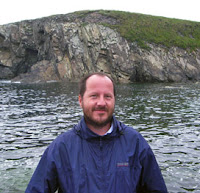 Posted by Anne Marie at 8:00 AM No comments: 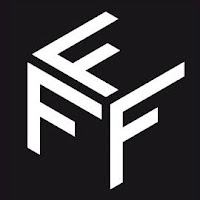 The second edition of My French Film Festival began yesterday and runs through February 1. Sponsored by uniFrance films and Allocine.com, the online only festival features ten films and ten shorts by French creators. You can rent the films individually or through a package from the website. The films are available in fourteen languages. After viewing, you can score the films and leave comments. Six prizes will be awarded and the winning films will be shown on Air France flights. Along with the films, you can also view trailers and interviews with the films' directors. Like them on Facebook or visit the website at http://www.myfrenchfilmfestival.com/en/ to learn more.

At Absinthe we enjoy a good manifesto as much as anyone and we've been working on one of our own. But instead of depending on our own clever lines we've decided to enlist the collective wisdom of some of our favorite European artists, writers, & filmmakers to succinctly reflect Absinthe's vision and mission.
We’re looking for suggestions before we finalize our list. Here are a few that we’re considering now:
(Ok, my co-editor has vetoed the Bergman quote!)
What are your suggestions?
Posted by Dwayne D. Hayes at 7:59 PM No comments:

Happy New Year!
Throughout 2012, Absinthe will feature selected authors on the blog, so if you are interested, feel free to send selections of your works with a short bio and author photo to the editor or please contact Anne Marie Sumner at amhsumner@gmail.com.
Our first featured author is Lodewijk van Oord with an excerpt from his work Thesmophoria, translated by Paul Vincent.
Lodewijk van Oord published short stories, poems and essays in a number of literary magazines in Holland. The original Dutch version of Thesmophoria first appeared in the Dutch literary magazine KortVerhaal in June 2010, and won the Dutch New Prose Prize for emerging writers in 2011. Born in Madrid, Lodewijk van Oord lived in a number of different countries, most recently in the UK, where he taught at Atlantic College. He currently lives in Swaziland, where he works at Waterford Kamhlaba UWCSA.