Popescu Prize for Poetry in Translation 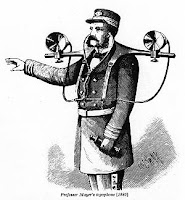 The longlist for the 2011 Corneliu M Popescu Prize for poetry translated from a European language into English has just been announced. This prize, administered by the UK Poetry Society and sponsored by the Ratiu Foundation, is awarded every two years and is the only UK translation prize devoted solely to poetry.

The longlist is always mouth-watering! Translations from Spanish top the list with 13 titles, followed by French and Italian with nine. Romanian comes in fourth place with six submissions, followed by German, Latin and Turkish with four.

The longlist can be seen here. The judges are Jane Draycott and Sasha Dugdale. The shortlist will be announced later in the year.
Posted by Jonathan Dunne at 8:23 AM