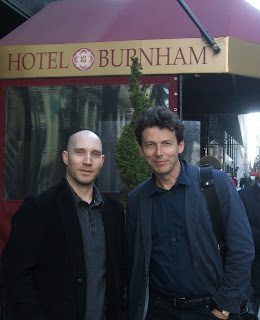 I had the good fortune to meet up with Swedish writer Ulf Peter Hallberg and his American translator Erland Anderson several weeks ago in Chicago at the annual conference for the Society for the Advancement of Scandinavian Study. It was a great visit and during our time together Peter and Erland agreed to participate in several short video interviews. Over the course of the next week I’ll be sharing these videos on the Absinthe Minded blog, along with excerpts from Hallberg’s book European Trash.  (You can also read a selection that appeared in Absinthe #11.)
To kick things off we feature a short interview Hallberg participated in on October 25, 2010 at the Åbo Academy in Finland.

Tell us about your book European Trash.
It’s about Art’s imprint on the world, about sixteen ways to remember a Father collector who opposed himself to all that was clearly economically practical in terms of a vocation. I write about my father’s devotion to art and culture in sixteen different stories that all deal with how humanity, through art, can create a refuge and provide itself with pure energy. 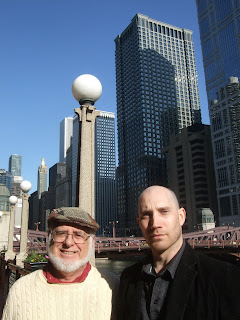 Where does the title of your book come from? There is some irony in the image of ”European trash”.
One time, while walking in Central Park in NYC, I overheard a woman explaining her love of European culture to her husband. ”Oh, I just love Socrates, Dante and Shakespeare, Dickens, oh Dickens!, and the modernist art movements!”  Her husband appeared really downtrodden, as if he was being evaluated by standards of an outlandish region, where everything was impenetrable and pretentious, rather than free and easy. He interrupted her after a while, so that her solicitous being shouldn’t lead him any longer in the direction of that horror. ”I don’t go for European Trash!” he said, quite definitely, and with a strong emphasis on the word Trash.  That’s when I knew I had a title for my book on how my father passed on his anachronistic love of art as a legacy to his own son.


What is your own relationship to European trash?
My father, as a private person, was something of a symbolic head of European Trash.  Now, as that collector’s son, I have taken on his role.  I maintain the tradition tenderly, because it makes me happy.
Translated by Erland Anderson