Crime fiction is a magnifying glass that reveals the fingerprints of history. From Holmes and Poirot to Montalbano and the rise of Scandi-noir, Mark Lawson investigates the long tradition of European super-sleuths and their role in turbulent times 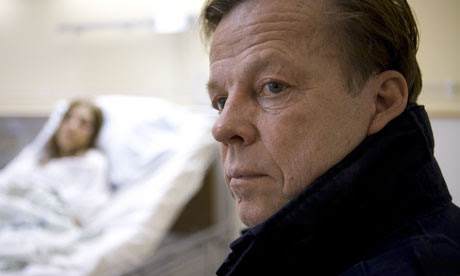 One of the functions of fiction is to serve as a kind of tourism, either showing us places, situations and people that we might not otherwise reach or scrolling through snapshots of events or sensations that we remember. Crime stories rarely serve the latter purpose – most admirers of homicide novels will, thankfully, never become or even know a murder victim – but are a perfect illustration of the former.
Throughout its history, crime literature has operated as a sort of imaginative travel agency, taking customers across borders and introducing them to unknown cultures. The story commonly considered the birth of the whodunit – Edgar Allan Poe's "The Murders in the Rue Morgue" (1841) – was written by an American and set in Paris. Since then, the genre has regularly been a ticket for a Grand Tour.
Agatha Christie, an enthusiastic globe-trotter through her wealth and marriage to an archaeologist, sent Hercule Poirot on the Orient Express, Nile cruises and aeroplane journeys, depicting trips that the majority of her audience was unlikely ever to experience for real. Later in the 20th century, readers, listeners and viewers of detective tales learned about France from Simenon's Maigret and the Netherlands through Nicolas Freeling's Commissaris Van der Valk, who achieved the rare double of topping both the TV ratings lists (in the ITV series starring Barry Foster) and the pop charts, with the Simon Park Orchestra's recording of the theme tune, "Eye Level".
Continue reading
Posted by Jasmina at 8:00 AM