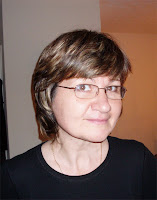 This is the 17th in a series of posts previewing the new issue of Absinthe, our 17th, focused on Bulgaria. In this post we an excerpt from an essay by Hristina Keranova.


Rain and the Making of an Immigrant Translator

It all started with the rain. The rain is different here, in Atlanta, the American
Southeast. It pours, pelting vigorously on everything in its way. It’s a
downpour, a squall, hurricane . . . In my memories, Bulgarian rain rarely had
such commanding presence. It is tolerant and will even allow you to run to the
neighbor’s across the street for the daily coffee and still be dry. It invites you to
walk in it and even . . . dance. Fred Astaire would have felt more comfortable
dancing in the Bulgarian rain.


That rain story sounded weird to American ears. Most people I shared it
with looked at me in disbelief. I knew I was exaggerating, but I kept repeating
it because to me, it sounded poetic and somehow restricted the tearful
sentimentality in my nostalgia, making it possible to share without provoking too
much pity.


Whatever the reaction was, I had found a way of expression and could
again withdraw to listen to the rhythm of the rain in my head coming from a
poem I once knew about another European rain, the Parisian variety. In the
poem, a Bulgarian poet described rain as generously spilling gold coins on
the sidewalk. I remembered how my literature teacher at school taught that
poem, her eyes brimming with love for rain and Paris, and although I enjoyed
the past the poem brought back, I also became slowly aware of the increasingly
nostalgic trend in my general disposition. The poem’s magnetism for me was
partly in the text, but mostly in its rhythm, which physically recreated the bursts
of rain on the asphalt. The drumming of the raindrops on the painting of the girl
on the sidewalk washing it away affected my senses directly and the melody of
the poem in my head gave substance to my sadness.