What Price a Language? 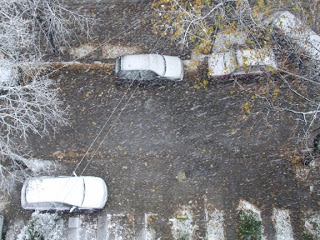 I was shocked recently when I walked into the British Council library in Sofia to discover that half the books had disappeared! Poetry, the great Millennium Library (published by Everyman, a collection of the world’s literary classics in English original or translation), Geography, History, Political Science, Law had all but vanished, leaving a large array of English-language coursebooks, contemporary fiction, children’s literature, music and films. While I could understand getting rid of some outdated books that no one looked at (no, I don’t mean poetry), I was unsettled by the cause of such upheaval: to make way for a “One-Stop Shop” on the ground floor of the British Council’s premises in the Bulgarian capital. A “One-Stop Shop” where prospective students can come and register for courses and exams without having to climb the stairs to the first floor.

“One-Stop Shop” is making your intentions only too clear! I was disappointed by my experience as a locally hired teacher at the British Council. Where I had expected high things and mused on poetry readings, nay, even performances of Shakespeare, I found that all the talk was about money. I was also not a little embarrassed about the cost of our courses – a 48-hour General English course currently costs $500 (€390) in a country where the average monthly salary is $350 (€270). Were we not an “educational charity”, as it said on the headed notepaper? This was for accounting purposes, I was informed.

Colonialism is the art of going into a country that is poorer than yours and extracting some of its wealth. Meanwhile, the first snow has come and already melted. It hid our excesses, muffled our activity, but not for long, signalling the transition to winter.
Posted by Jonathan Dunne at 8:38 AM