"The Wild Ones," a documentary on the life of Birgitta Stenberg 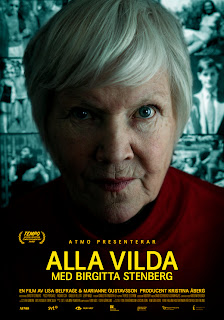 Cineuropa reports on a new documentary film about the life of Swedish writer Birgitta Stenberg (an excerpt from her book Love in Europe appeared in Absinthe 15):

"Right after World War II, before completing high school, an 18-year-old Swedish girl--Birgitta Stenberg--bought a one-way ticket to Southern Europe and plunged into a wild life with bohemians from around the world. She was exploited and exploited others, she had lovers of both sexes, took drugs, there were daily risks and adventures - not unlike, a bit later, US writer Jack Kerouac and the Beat Generation, but told by a woman who became both a catholic and a communist and worked for the CIA. Today, at 80, a successful author with more than 30 titles to her credit, adding children’s books, plays, film and TV scripts, Stenberg looks back at the years where she got inspiration, made connection and laid the foundation for her career, in Swedish directors Lisa Belfrage and Marianne Gustavsson’s documentary The Wild Ones ... [the film] follow[s] Stenberg on trips to New York, Paris and Rome to meet former lovers and friends discussing their then choices and their consequences."
Posted by Dwayne D. Hayes at 12:00 PM