Rada: We are not one-dimensional and neither is art 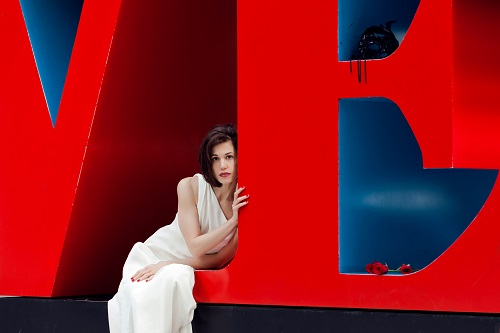 Photo: Dobrin Marchev
Hello, Rada! What have you been up to lately? I know your new single, “Anonymous in New York” came out just a few days ago, could you tell us more about this project?
Yes. My new song is the latest and biggest step in a music journey I started a little over a year ago. I’ve been calling this journey an experiment all along because I had no idea what would become of it or where it would take me. I just wanted to make music. I didn’t know any musicians and on top of it, I am not a trained musician. So, I felt like I was reaching for something that’s impossible, but the ideas and desire were in me, and I decided to follow them. This song is where I am today in my experiment which I’ve called “Subject To Change.”

Bulgarian author Zachary Karabashliev, among others, praised the song, what do you think created this stellar reception?
Zachary is somebody I admire for his artistic achievements, and he is one of the first people who heard the song. When he wrote me with his reaction, I was very happy. I can’t speak for him and say what it is that touched him in the song. Maybe it’s the music, maybe it’s the lyrics, maybe it’s the voice; but something spoke to him, and he responded, and I am thankful for that.
What inspired you to write the song? I would describe it as a deep-penetrating ballad in which both the lyrics and the melody tell the story of the unique New York experience. What has this experience been like for you so far?
Penetrating? I like that, I would have never thought of it. The experience has been wild because the city is wild. You can read about it in my “lab” in more detail.
In my world and in the song, New York is a living, breathing “thing.” It’s more than just a city. New York is a “man,” and I am married to him. I am excited by the other men he introduces me to! And one of them, a really remarkable artist, wanted to know all my personal business right after we had met. Which irritated the crap out of me. And this was the initial impulse to begin writing this song more than a year ago. But since then, it has changed tremendously, and the story I’m telling is a love one; a love for one man unfolding in New York.
Is there going to be a video for the song?
I just met with someone last night who has an idea for one and wants to work together, so we’ll see. I would like to have one, but I’ll also need a way to fund it. So, I have some figuring out to do as I’m working independently, and it can get tough. I need all the help I can get.
Tell us about your other music projects…
They are exciting, ambitious and in progress. I can’t really say too much at the moment as it’s all still very experimental. I feel very good about the creative collaborations I’ve had so far, and I hope they’ll expand and continue to reach new levels.
You are a truly versatile artist – what else inspires you besides music, and what is “Rada’s Lab”?
Life and people. That’s what really inspires me to write a story, sing a song, take a photograph. Sometimes it’s a sad story, a funny photograph, a silly song. It just depends on the moment, and how it impacts me. I want to create something from that moment. Something that will stay. It starts with an internal impulse, then I start dreaming about it in my so-called “lab.”
Which happens to be my bedroom; a quiet and calm place where my dreams begin or perhaps come out. When I take my creations outside of that the whole world becomes my “lab.” Of course these days I have to have one online too, so Rada’s Lab as you know it is just that: an online glimpse of my world of endless experiments. I know it can sound strange, but everyone has a “lab” even if they haven’t realized it or called it that.

Photo: Dobrin Marchev
What are “Subject to Change” and “Social Idea Exchange”?
I spoke about the first earlier. “Social Idea Exchange” is a series of live informal gatherings around town I’m hosting. I just feel like it’s so important to meet people face to face and offline. Even in today’s world where almost everyone lives online, the power of a personal connection is unbeatable. No question about it. I’ve met some incredible people at these meet-ups, and this is where I’ve met my best collaborators so far. The gatherings are quite relaxed and open to people of all backgrounds not just artists. In the end everything is connected, and we need to learn from each other. It’s all about the idea exchange and helping each other grow our ideas.
What kind of imagery can we see in “Momenti Photography”?
A limited selection of primarily portraiture photography because that’s what I love the most.
When did you first start developing an interest in photography and what does your path in it look like?
I didn’t know I had an interest in photography until I took a class in college with a very strict teacher, Fernando LaRosa. It was perhaps a year or two after I had come to the U.S., so it was a very lonely time for me in an unknown and foreign world. Photography became something special to me. Much more than painting for example which just doesn’t captivate me in the same way as a process.
I loved the time spent in the dark room developing film and making prints… But most importantly, I loved that I had found a way to express myself during a time that emotionally was quite difficult. After my classes with Fernando I continued to develop on my own, and I pick up the camera mostly when I need to. It’s one of my best friends.
Will we be able to see another solo exhibition like “People and Mannequins” soon?
That would be a dream come true but right now music has totally taken over me. I have a vision of my photographs making it as an aspect in a big concert one day but when and if this will happen remains to be seen. I am wishing for it, it’s a part of the experiment.
You are both a photographer and a model. How does posing for the camera differ from clicking the shutter?
I’ve never thought of myself as a model, but in the rare occasions when I work with another photographer, this is what I am to him or her. Whether I am in front of or behind the camera, I have one goal: to create or capture an honest moment. That can make me feel vulnerable and exposed more so when I am in front of the camera.
You are also an actress. Have you been working on any theatre projects lately?
No, but I think of my songs as theater in a way; they are my short musical stories.
Since you are involved in so many and different ways of artistic expression, I’d like to ask you – do you think we can still talk about clear lines between the various arts or should the performer of today try to embrace as many of them as possible?
Every performer has their own individual philosophy and outlook. I feel enriched by art forms of various kinds, and I learn from all of them. I think that they spill over in my work, so there are no lines for me and everything will blend together even more.
I’ve heard people say that my photographs are theatrical, that my lyrics are theatrical or cinematic, that I sound like different people on different recordings, and I am sure it’s all true. It just comes out that way because of my influences. I have a lot in me I can show; we all do. We are not one-dimensional and neither is art, and I am interested in exploring multiple dimensions. 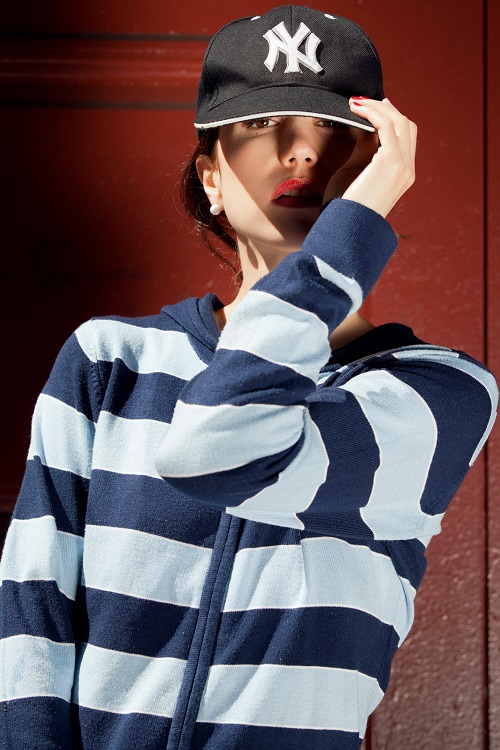 Photo: Dobrin Marchev
What does your summer schedule look like?
I am working on my next song and once I record the vocal I am going on vacation and totally unplugging from the electronic and online world. Back to nature. We need to listen to it – the Earth’s and our own internal universe.
Rada’s Website
This interview first appeared on Public Republic.
Posted by Jasmina at 8:00 AM