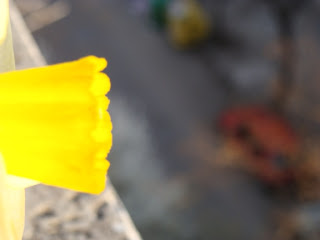 I came late to Walt Disney and am enjoying the experience now that I have (thanks to my one-year-old son). I am struck by the quality of the singing, the weakness of good characters that causes them to make basic mistakes (such as leaving someone unattended), the sense of a paradise lost for which we need to find our wings. My wife’s favourite is Sleeping Beauty, in which the young Princess Aurora confides in her animal friends that she has met someone “once upon a dream”. The owl asks persistently, “Hoo? Hoo?”

In a recent article about the line, I made reference to the Sanskrit word hu, which is the root of our word God and means “invoke the gods”. A bit like the owl crying “Hoo? Hoo?” It also sounds the same as WHO, which I explained refers to Christ, the Being, the One Who is.

This word hu is an extraordinary one, and not only because it contains my favourite letter, h. I think of it as the primal word. Speech is made up of three elements: breath, water and flesh. If you have not breath, you are dead, in short. And if you are dead, you cannot speak. So breath forms the basis of all speech. It is represented in our alphabet by the letter h, which curiously in some languages (such as Spanish) is not even pronounced and in certain dialects (such as Cockney) is dropped.

But breath on its own is not enough to form a word. I cannot just breathe out if I want to address someone (they would think I was strange). I must add voice, by which I mean a vowel. Try it. Open your mouth. Begin by breathing out. Then add voice. You have sound.

If you carry on adding voice, you will find that water collects in your mouth. This is because vowels are water. They flow. And the interesting thing is that they are not pronounced from the throat to the front of the mouth in the same order they have in the alphabet. In fact, the first vowel sound to be produced from the throat is u. So the first word we can possibly make is hu. The root-word for God.

We read at the beginning of that most remarkable of books, Genesis, that “a wind from God swept over the face of the waters. Then God said…” (Genesis 1:2-3). The two elements of breath and water enabled God to speak. This is why I refer to hu as the primal word and the sound of creation. No surprise, then, that it means “invoke the gods”.

But I would get a sore jaw and start dribbling if I only produced voice and did nothing to stop it. And this is because, after h and the vowels, there is a third element to language: the consonants. How do I stop my voice? With my lips or tongue, i.e. with flesh. This is how I form the consonants.

We again see a correlation with the Creation account in Genesis: “a stream would rise from the earth, and water the whole face of the ground – then the Lord God formed man from the dust of the ground, and breathed into his nostrils the breath of life; and the man became a living being” (Genesis 2:6-7). Here, in the creation of man, we see the third element at play: the dust of the ground, or flesh.

What is extraordinary is not only that the elements of speech and creation are one and the same (as you would expect when you consider that Christ is the Word and “all things came into being through him”, John 1:3), but that these three elements have one word that unites them all.

BREATH. WATER. FLESH. Different? Take the h away from BREATH. WATER-BREAT. The sounds represented by the letters b-v-w are almost identical (think of Spanish and German).

But how do we get from BREATH and WATER to FLESH? For this you need to know that the fourteen simple consonants are divided into seven pairs, one of them being l-r. Another is f-v, which makes it easy through v to connect f with b and w. Now all we need to do is take one step in the alphabet from t to s, and BREATH (without a) becomes FLESH.

Using the same rules of phonetics and the alphabet, we will see that one word is common to all three elements: FATHER.


See also Jonathan’s article WHO AM I 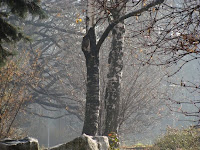 Posted by Jonathan Dunne at 4:29 AM